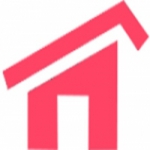 INTERIOR DESIGN AND ENTRANCE OF TABRIZ SUBWAY :
Sa’at square has been recorded as a historical as well as cultural square in Tabriz. We will see by examining the history of the tower that its structure and integrity have been marred over time. For instance, Bagher Khan statue in the middle of the square was removed in one period and in another, Pahlavi relatively historic building,which had formed a part of the identity of the square,was eliminated.The sudden changesto such nostalgias have caused an identity crisis in the city and resulted in the inefficiency of its historical context .

INTERIOR DESIGN OF TABRIZ SUBWAY
The interior spaces of subways, usually due to lack of direct daylight, are too dull for passengers that they wish to escape as fast as possible to the ground surface. Hence, such places are commonly considered as transitional onesrather than places with abilities to relax passengers. However, through comparing the linear structure of such places with traditional bazaars, we can understand that despite the closed spaces of these stretches of bazaars, they have been places to pause, capture the spirit of the space, and relax mainly due to the entrance of daylight through the ceiling known as Hoorno.